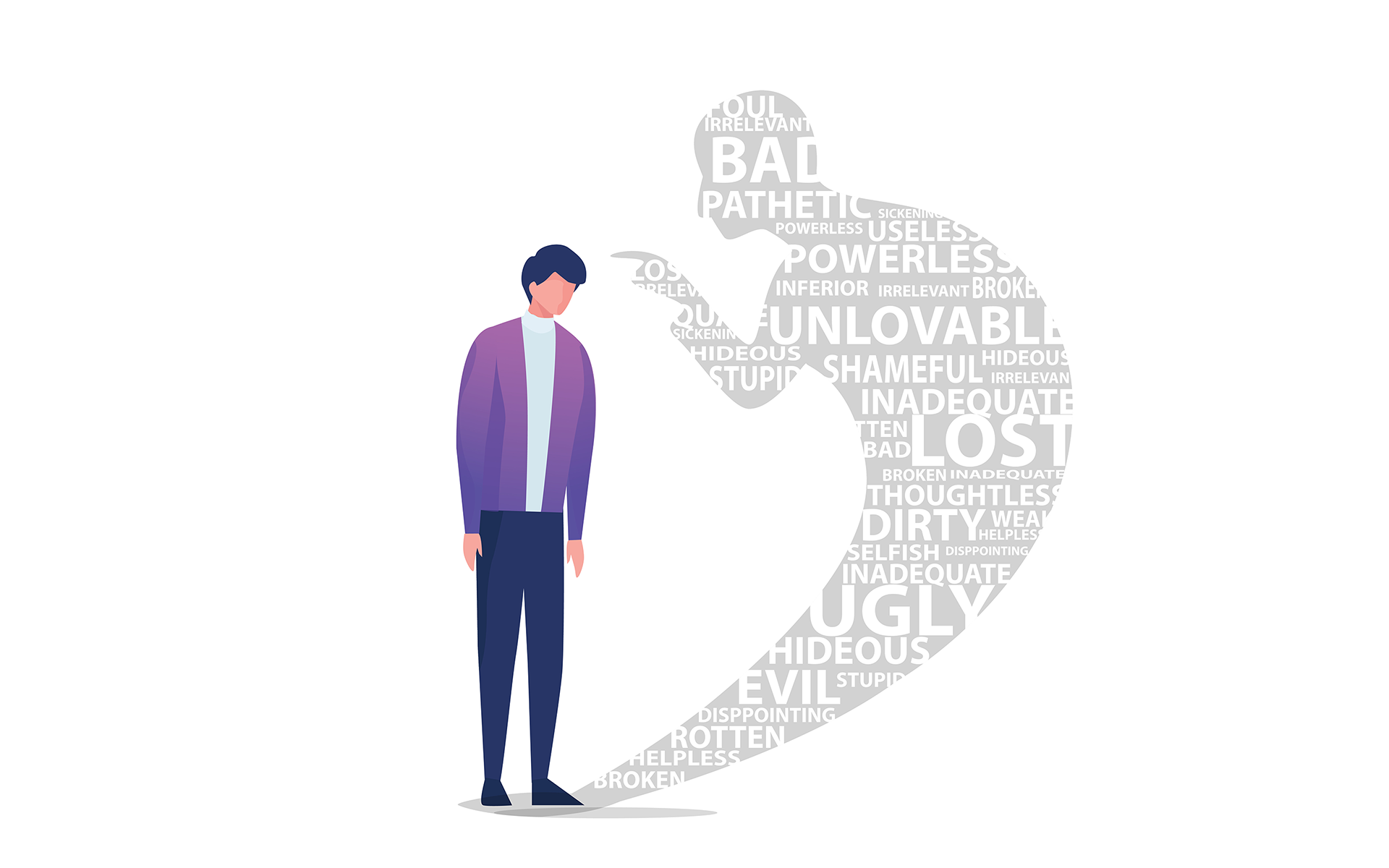 The Inner Critic is a concept used in Life Coaching and Resilience Training to describe a subpersonality or ‘part’ of ourselves that is hyper-critical, judgmental, and demeaning of our own selves.

Subpersonality? What the heck is that? Some kind of inferior personality?

No, coming from a psychological principle called Multiplicity of Mind, we all have multiple personalities or sub-personalities (aka sub-selves or parts) that come online at different times, usually in response to the environment and situations we’re in. Most of us like to believe we have one constant and stable personality and identity but we actually have many and do not fear, it is completely normal and healthy.

Each subpersonality or part, such as the Inner Critic, chose its role as a way to protect ourselves from being hurt, especially emotionally. Why would we need to be critical of ourselves? Because at one point in time in our lives, we were deeply hurt by the criticism and judgment of others. Perhaps were bullied, humiliated, and degraded. One minute we were being our natural, authentic selves. The next minute we were attacked and demeaned by people in our lives. So, if we learn to judge ourselves first, we may shape ourselves up and prevent ourselves from doing or saying the particular things that invite painful criticism and judgment from others.

Deep down, people with strong Inner Critics often hold a belief that getting criticized by others is the absolute worst and we won’t be able to tolerate another experience like it, but now the Inner Critic has a life and voice of its own, and for many people, it can be incredibly loud, hurtful, incessant and paralyzing.

Though many people suffer from its intense, constant nitpicking, shaming, and catastrophizing, most people who have a rough inner critic, actually hide it and fear that if others knew how they felt about themselves, what happens in their own minds, they’d be shamed and ridiculed by others. Can you see the negative loop it creates?

The Inner Critic, with its negative self-talk, often makes us hide and avoid many things in life and could be the cause of concerns like procrastination and deeper emotional issues like anxiety and depression.

Over the years, many frameworks of psychology have tried to explain the Inner Critic (calling it various names like the Gremlin, the Saboteur, Automatic Negative Thoughts, etc.) and offered strategies for working with it. Some, are more effective than others.

The most effective models or frameworks, help us understand and have more compassion for ourselves instead of trying to fight with it and regard it as an inner enemy or a pathological problem.

Coming from a parts framework, such as Internal Family Systems or Transpersonal Psychology, our parts are not the roles they play. Our parts exist as semi-autonomous entities or living neural networks, and they adopt certain roles as adaptations or solutions to painful problems we were experiencing like bullying or overly demanding parents. These roles, like the Inner Critic, often cause so much pain or suffering that we fear them and want to get rid of them any way we can but it’s the role we need to change, not the part itself. It is, after all, a part of us.

The following three keys are a set of life and resilience skills that we need to learn and practice to help transform or re-skill the Inner Critic or any part that could use a protective-role upgrade.

Awareness is the first key to personal change and improvement. Not simply an awareness that we have this challenging issue but true, objective, non-judgmental awareness of what’s going on as it’s going on. We can learn to notice and observe the phenomenon as it’s happening, getting some internal distance from our self-talk, as it’s happening. It’s like waking up from a daydream when a part of you realizes that you’ve been lost in thought and can still pay attention to the stream of thoughts without becoming entangled in them.

Acceptance is the second key we need to learn before we can take any steps to transform the Inner Critic. Acceptance, meaning we recognize this pattern and instead of denying, resisting, hating, and suffering it, we notice it and give it our permission to be there. Though this sounds like giving up, it in fact puts a lot of power and control back in our hands. It means that we’re no longer going to feed our fear of it. We will learn to face it, so we can change it.

Compassion is the third key and it may be one of the hardest to learn when one or more parts of us are constantly throwing hurtful, demeaning comments at us. However, if we can maintain some internal distance from its messages, we can bring some understanding and compassion towards the part of ourselves that’s just been trying to save us from other people hurting us. It knows how painful it was to be criticized, judged, demeaned, and devalued by others (often our peers in school, mean teachers, even our own siblings and parents) and it so badly wants to protect us from their harmful words.

When you are aware, accepting, and compassionate toward yourself, you change your state of being from one of defense and protection to one of openness and growth.

If you feel you have a strong and harmful Inner Critic, that’s been preventing you from feeling at peace within yourself and it’s been standing in your way from saying or doing anything you really want to be, do or have, a skilled and experienced life coach Toronto can help you. Be sure to look for one who doesn’t make the critic into an inner enemy but instead helps you develop powerful and transformative self-compassion. Book Your Coaching Exploration Session with HeartRich Coaching & Training today at 647-872-6349.

admin6 days ago
4
CHINA ENTREPRENEUR magazine just released its list of the 25 most influential Chinese entrepreneurs of 2022. On December 12th, the...