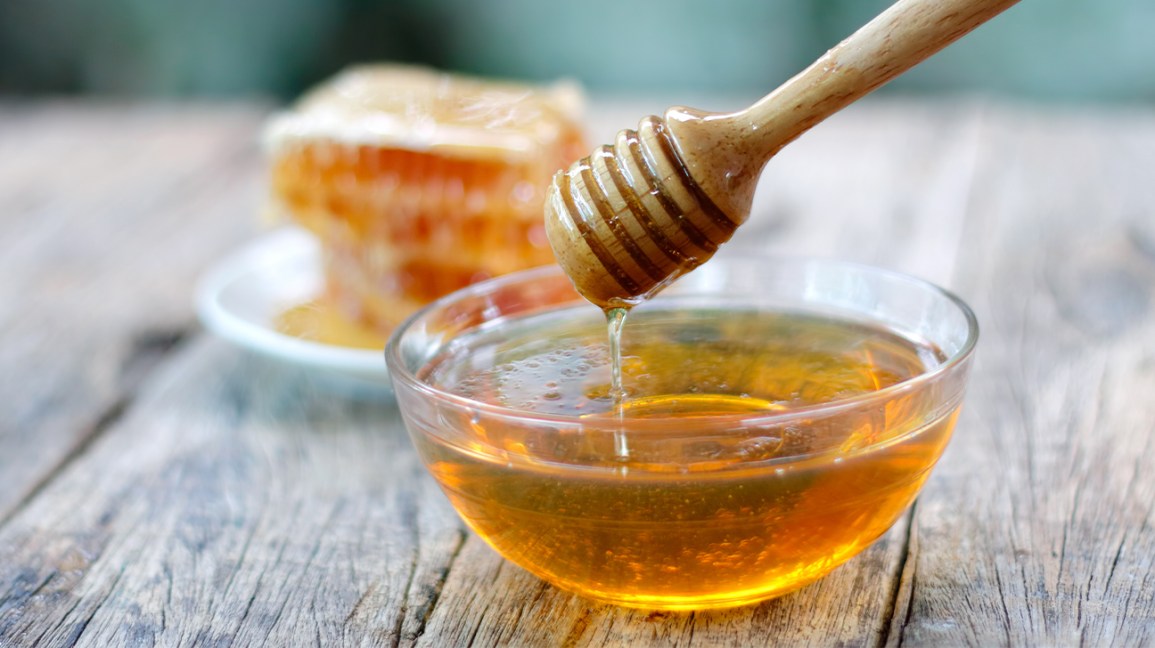 Honey and has been used by humans since primitive times for its health benefits and as a sweetener of food and beverages. However, if honey is to be used for its health-benefits, it must be raw honey.

Raw honey is unheated, unpasteurized, unfiltered, unprocessed unblended and in the same condition as it was in the hive.

Heating (pasteurizing) honey destroys the all of the pollen, enzymes, propolis, vitamins, amino acids, antioxidants and aromatics. Honey that has been heated and filtered will not crystallize as fast as raw honey and is called commercial, regular or liquid honey.

One might ask “if heating raw honey it kills all the good stuff, why heat it?”

One of the reasons is that the majority of people prefer the convenience of being able to spoon, pour or squeeze honey from a bottle onto their cereal or into their tea.

In addition, liquid honey is clearer, easier to measure or spread than raw honey and many people think that honey that has crystallized is spoiled so they discard it.

Raw honey is often used by pollen allergy sufferers to lessen their sensitivity to pollen by eating 1 to 2 tsp. of it each day. The idea is that by introducing small amounts of pollen into their system by eating raw honey, a tolerance to pollen allergens is built up.

Here are just a few of the benefits of honey:

Generally, honey is classified by the floral source of the nectar from which it was made. Monofloral honey or varietal honey is made primarily from the nectar of a particular type of blossom or flower resulting in a distinctive flavor and color because of differences between their principal nectar sources. To produce monofloral honey, beekeepers keep beehives in an area where the bees have access to only one type of flower.

The flavor and color of honey is determined by the type of flower the bees gather the nectar from, therefore, when cooking or baking with honey it is a good idea to taste the honey before using it in a recipe. For example; a dark honey like tulip poplar-black locust honey will result in a strong, heavy, a pungent flavor, whereas orange blossom honey will result in a delicate orange flavor.

The rawest honey available is comb honey is sections of the hexagonal-shaped beeswax cells of the honeycomb that contain raw honey that have been cut from the wooden frames of a beehive.

Organic honey from the United States is a myth because the country is too developed and uses too many agricultural and industrial chemicals to for the production of organic honey. Honey bees are free-roaming, wild creatures and it is impossible guarantee that while foraging they have not come in contact with prohibited substances, like pesticides. You can learn more about raw honey here http://www.tenonanatche.com/raw-honey.htm